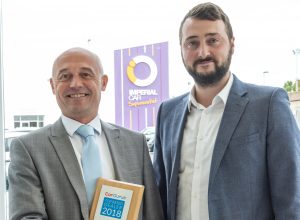 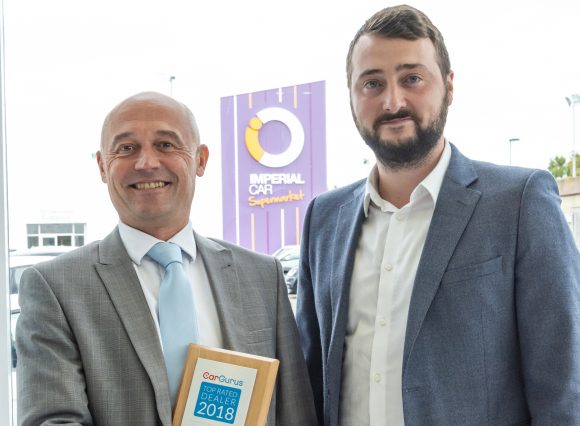 Cazoo acquired Imperial in July for an undisclosed sum and has turned a number of the sites into customer handover centres and closed others.

Writing on social media, the former director of Imperial said today marks the end of ‘10 year journey’ after he joined Imperial in 2010.

Smith was a vocal presence in the motor industry and appeared at several Car Dealer events, including CDX, to speak.

‘The world was then turned on its head closely followed by the acquisition of Imperial Cars by Cazoo.

‘My role at Cazoo has been overseeing the Imperial integration. The last Imperial site has closed so my work is now done.’

Cazoo has opened a number of customer hand over centres, many of which were former Imperial dealerships

Smith said he had worked with some ‘truly remarkable people’ all of whom had ‘played their part in the Imperial success story’.

He added: ‘What is the next chapter? I don’t know, whatever it is it will be within the motor industry. Now it’s time to chill and spend some quality time with my family.’

Smith said he was keen to keep his ‘hand in’ with the motor trade and encouraged his contacts to ‘reach out for a chat’.

‘For now it’s not goodbye but au revoir – it’s been a blast,’ he added.

Cazoo’s founder Alex Chesterman recently took a swipe at the traditional used car sales model which was described as ‘flawed on every level’.

In a wide ranging interview with The Times, the Zoopla founder took aim at short test drives, haggling and a ‘significant gender bias’ where ‘women feel particularly disadvantaged’.

He told the paper: ‘You’re given seven minutes for a test drive. This is the second largest purchase you are likely to make after a property and the experience is really not a great one.’

Cazoo made a loss of £19m in its first year of business and recently revealed it had sold 10,000 cars in 11 months.

Read all our Cazoo stories here