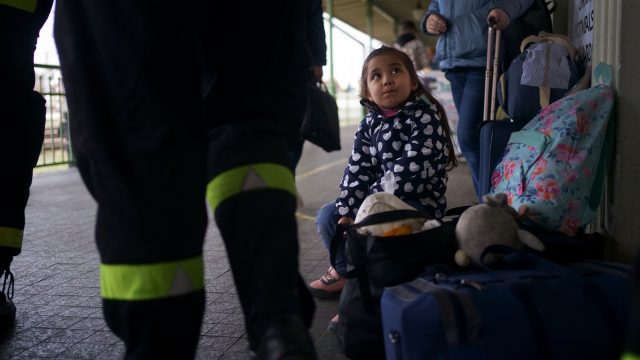 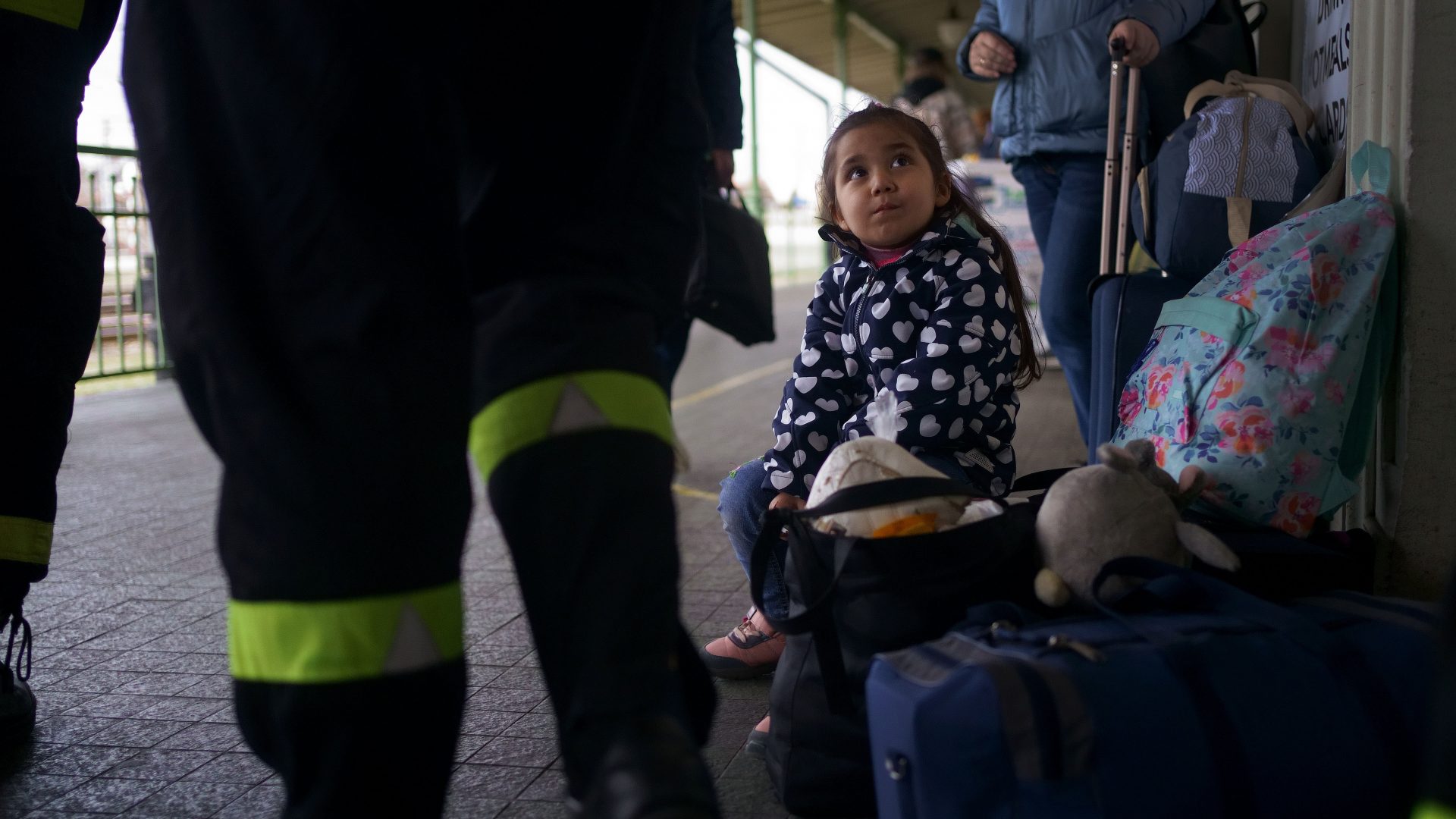 A brave group of car dealers have been doing their bit for Ukraine by travelling to Poland in a double decker bus full of much-needed supplies.

Shaun Maddren and his motley crew of car dealers from the North East raised £20,000 in local donations and delivered the bus-load of essential goods to desperate refugees.

The 41-year-old and his team also attempted to help rehouse those fleeing the war torn country, on a trip that saw them drive through Ukraine itself.

They dropped a number of refugees off in Frankfurt on their way home and described the scenes as ‘heartbreaking’.

They travelled in a 28-year-old double decker, which was previously owned by a friend’s father, who was recently diagnosed with cancer.

Maddren said: ‘We drove through into Ukraine with boxed items of everything you can think of.

‘Where we were at the border, we weren’t that far from Lviv. That same day, the communications tower got bombed. The lads were risking their lives.

‘There was a massive old warehouse. It was an eye-opener and there were people just standing there with their worldly possessions in plastic bags. There were no men – it was all women and children.

‘As far as the eye can see, there were four-poster beds made up with curtains. There were babies in pushchairs asleep, dogs, and cats. We all had lumps in our throats in this refugee camp. My brother had to walk out, it was heartbreaking.’

He added: ‘We took loads of families and had dogs and cats all together on the bus. There were only two people who could speak English.

‘There was one lady who was a beautician, who lived in the USA before, and all she had was a plastic bag and a cat. She said she went to work one day and came back and her street was gone.

‘The people who couldn’t communicate were writing things on iPads. The most heartwarming thing about the trip was that there were these small children on board and you wouldn’t think they were from a war-torn country.’

The group are now hoping to organise another aid trip and have set up a fundraising page titled ‘Teesside Car Dealers unite together for Ukraine’.

‘We can go over there, drop all the food and then take these people to Germany. If there’s a chance we can bring these people to the UK then we will. After seeing all these children and women we had to go again – we couldn’t not.’

Anyone wishing to donate to the cause can visit GoFundMe.

Main picture: A Ukrainian refugee at the border with Poland (PA Images)