Home > bangers4ben > #B4B14 Day Four: Our Bangers4BEN teams make it home and we name some winners 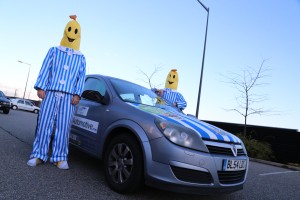 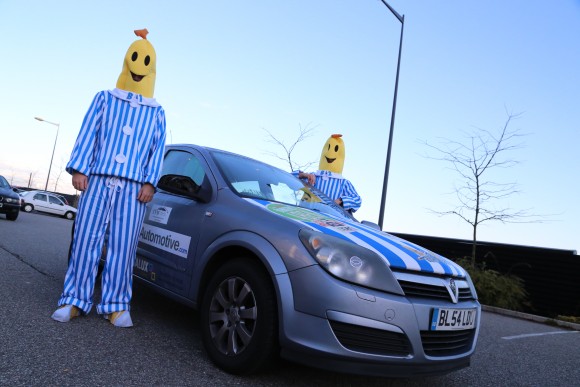 #B4B14 Day Four: Our Bangers4BEN teams make it home and we name some winners

Our Bangers4BEN teams are home!

After four days, four countries and around 2,000-miles they’ve finally been repatriated to the UK (complete with wine).

The teams – who completed the trips in cars they bought for less than £750 – took in the Stelvio Pass, the old Fiat factory in Turin and hundreds of miles of toll roads.

Here’s a look at some of the @bangers4ben teams leaving on the last day. All legends! #b4b14 https://t.co/wc90trj6Bq

There were a few breakdowns on the way, mostly ours, but with the fantastic support of The AA, who were following us in their vans, road-side repairs meant all but two cars made it back to Blighty.

MORE: VIEW OUR PICTURES FROM THE TRIP ON FACEBOOK

All the cars – which included a Dog, Ice Cream Van and a Martini-livered Fiat X1/9 – will now be entered into an auction at BCA with all proceeds topping up the cash for BEN.

And a special mention for @turbobrits from @marshallmotorgp for bringing sweets for #b4b14 crew and for THIS https://t.co/n4J7OSZdpU

So far, more than £9,000 has been raised by the 40 teams taking part in our charity rally for BEN. That total is expected to rise further in the coming weeks.

In the next issues we’ll reveal the overall winner of Bangers4BEN – that’s the team that bought their car for the least and sells it for the most.

We’ll also award a gong to the team that separately raised the most amount for BEN, the automotive industry charity.

But we’ve already awarded a few teams. On the final night the Best Dressed Car, Best Tweet and Best Fancy Dress awards were handed over.

The winner of the Best Dressed Car couldn’t really go to anyone other than Blackshaws’ William Blackshaw and co-driver Gareth Carter who created the most talked about motor on the trip, the Suzuki Ignis Dog.

It managed to attract attention wherever it went… mostly from plod. We’ve been assured this one was harmless ‘fun’.

And on the last day the team were stopped again by the Jean Claude Van Dams, who simply wanted a picture with their own police dog…

It even got interviewed on camera…

The Best Fancy Dress award could only really go to these chaps who became the Bangers4BEN trips very own celebrity double act.

We also handed out an award for the best tweet of the trip.

If you were following the hashtag #b4b14 you would have seen some brilliant updates from the teams as they crossed Europe. We narrowed the many tweets down to a top three.

In bronze place were those banana men again who recreated the famous back cuddle from Titanic on the ferry on the way over.

In a close battle for first place were Blackshaws with that tweet from above and the Italian police. The fact they managed to persuade usually-angry policemen to mock it up certainly impressed us.

But our favourite goes to the Sun Motors and Captain Caralot team who had obviously put a lot of thought into what they’d do if (when) their million-mile Mondeo croaked.

The fact they brought this Millennium Falcon Haynes Manual along for the entire ride, just in case it died was worthy of the Best Tweet of the trip in our opinion.

We’d like to thank all the teams that came along for the incredible journey this year and for helping to raise so much money for BEN.

A full report will appear in the next issue of Car Dealer Magazine, which will be out in the middle of November. You can subscribe to get that issue here.