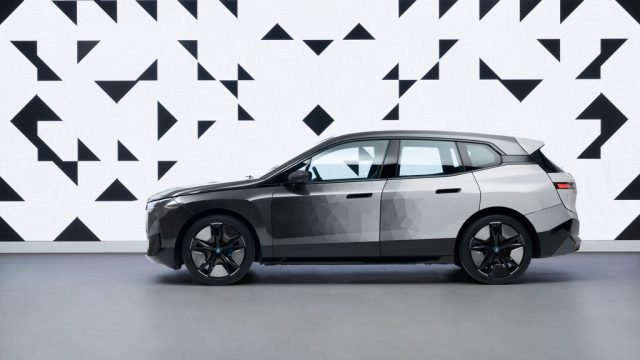 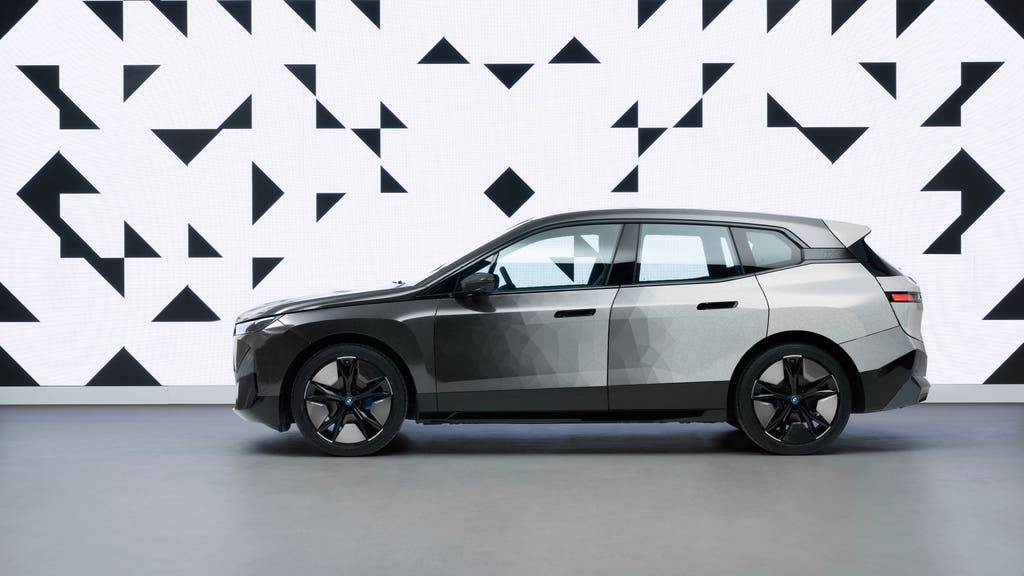 Troops are to begin deploying in London to support the NHS amid growing staff shortages due to Covid-19, the Ministry of Defence has said.

Around 200 armed forces personnel are being made available to hospitals across the capital, which has been the epicentre of the Omicron outbreak with a huge upsurge in cases.

The MoD said the deployment included 40 military medics and 160 general duty personnel to help fill gaps caused by absences of NHS staff unable to work because they were ill or having to self-isolate.

BMW has revealed a spectacular colour-changing car at the CES show that can switch between black and white shades.

The feature was demonstrated on the firm’s iX electric SUV and is said to use electrophoretic technology.

Called BMW iX Flow, it involves a body wrap that is specifically designed to the lines of the car and uses electronic signals that bring different colour pigments to the surface. This has the effect of changing the colour.

The pay of top company executives will pass the median annual wage for a full-time worker by Friday morning, according to new research, sparking outrage from unions.

The High Pay Centre said that, by 9am on January 7, the median FTSE 100 chief executive (CEO) will have been paid the median UK worker’s annual salary.

The think tank said the ‘vast’ differences between the pay of chief executives and that of other employees may be harder to justify in view of the coronavirus crisis.

The taxman is waiving late filing self-assessment penalties for one month, giving people extra time if needed to complete their 2020/21 tax return and pay any tax due.

Covid-19 is affecting the capacity of some people to meet their obligations in time for the January 31 deadline, HM Revenue and Customs (HMRC) said. It is encouraging people still to file and pay on time if they can.

The penalty waivers mean that anyone who cannot file their return by January 31 will not receive a late filing penalty, provided they file online by February 28.

Anyone who cannot pay their self-assessment tax by January 31 will not receive a late payment penalty if they pay their tax in full, or set up a time to pay arrangement, by April 1.

Retail footfall down 18 per cent in December

Much of the progress made in attracting shoppers back to stores was wiped out in December amid surging Omicron cases and new work-from-home advice, figures have shown.

Total UK December footfall was 18.6 per cent lower than the same month in 2019, well below the three-month average decline of 16.4 per cent, according to BRC-Sensormatic IQ data.

Footfall on high streets was down 23.1 per cent while retail parks saw a drop of 9.2 per cent and shopping centre visits declined by 36.6 per cent.

More than a third of school leaders are experiencing staff absence levels of over 10 per cent due to Covid-19 related reasons, a survey suggests.

A majority (95 per cent) have pupils off for Covid-19-related reasons at the start of term – and 29 per cent said they had more than 10 per cent of their students absent, according to the snap poll by school leaders’ union NAHT.

Paul Whiteman, general secretary of the NAHT, has warned that schools are ‘teetering on the edge’ with ‘considerable’ shortages, adding that absences due to illness may ‘very likely rise’ during the term.

Blustery, heavy wintry showers will affect many areas today, especially the west and northwest where the heaviest and most frequent showers and some snow will be.

There will be more persistent rain and hill snow for south Wales and parts of southern England, said the Met Office.

Early evening showers will fade, leaving clear spells for a time. Rain and windier conditions then spread across the UK, rain falling as hill snow in the north for a time.