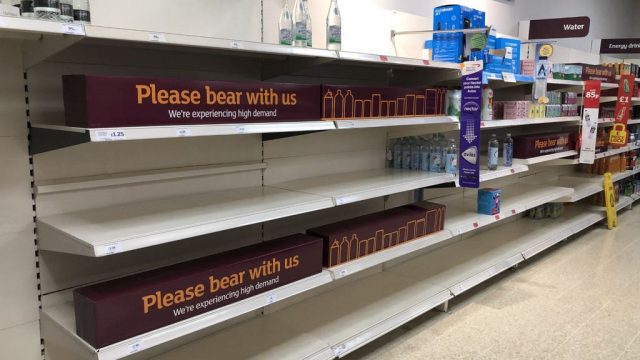 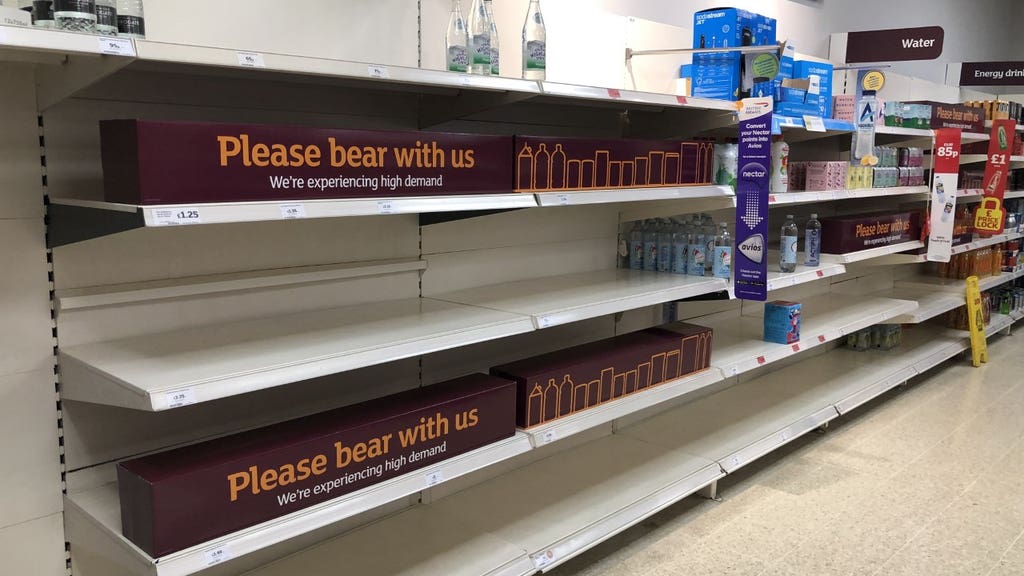 Here are the your headlines on Friday, July 23

Emergency measures to protect food supplies will see thousands of workers at up to 500 critical sites potentially avoid the need to self-isolate if identified as a contact of a coronavirus case.

The move – along with a limited relaxation of self-isolation rules in other key sectors of the economy and vital public services – came as Boris Johnson faced mounting warnings about the impact of the ‘pingdemic’.

Under the plan to keep supermarket shelves stocked, daily testing will be offered as an alternative to self-isolation in important links in the food supply chain.

The UK is being urged to ramp up its domestic climate action and diplomacy with only 100 days to go to crucial international Cop26 talks in Glasgow.

As hosts of the UN summit in November, the UK is pushing countries to accelerate the ‘green transition’ to cleaner economies and avert dangerous climate change – but campaigners warn more needs to be done.

The talks are being seen as the most important since the Paris Agreement – the world’s first comprehensive treaty on tackling climate change – was secured at talks in France in 2015.

An eight-week gap between the first and second doses of the Pfizer/BioNTech Covid-19 vaccine is a ‘sweet spot’ when it comes to generating strong immune response while protecting the UK population against the Delta variant of coronavirus, scientists have said.

In a new study, funded by the Department of Health and Social Care, researchers have found that when compared to a four-week gap, a 10-week interval between the doses produces higher antibody levels, as well as a higher proportion of a group of infection-fighting cells in the body known as ‘helper’ T cells.

At the start of the second wave of the Covid-19 epidemic, the Joint Committee on Vaccination and Immunisation made a decision to recommend a 12-week gap between two doses for the two vaccines that were available at the time: Pfizer and Oxford/AstraZeneca.

The websites of HSBC, ITV and Waitrose were among a widespread outage which briefly caused disruption on Thursday afternoon.

Major online banking services – including Barclays, TSB, the Bank of Scotland, Tesco Bank and Sainsbury’s Bank – were either entirely or partially inaccessible for a short period.

Airbnb, the PlayStation Network and Steam also experienced the temporary glitch, with some showing users a DNS error.

More than 4.6m homes in England are experiencing overheating during the summer, research suggests.

Analysis by academics at Loughborough University has found overheating to be more prevalent in bedrooms at night than in living rooms during the day.

The research, published in the journal Building and Environment, is based on an assessment of 750 English homes where houses were monitored and residents filled in questionnaires.

Daily testing of pupils who have been in contact with someone with Covid-19, rather than isolating whole groups, may be just as effective in controlling transmission in secondary schools, a study suggests.

Research by the University of Oxford estimates that daily Covid-19 testing in schools – as an alternative to the current 10-day contact isolation policy – can reduce coronavirus-related school absences by 39 per cent.

Findings suggest only a small percentage (1.5-1.6 per cent) of pupils and staff tested positive for Covid-19 after close contact with a case in school or college.

Consumer confidence edged above March 2020 pre-lockdown levels in July, according to an index.

GfK’s UK consumer confidence barometer measures how households feel about their own financial situation and the wider economy.

The overall index score in July was minus seven, edging up from minus nine in June.

The Coastguard has issued a plea for people to take care at the coast following nine deaths in the past 10 days.

The warning has been issued as schools break up for summer and ahead of World Drowning Prevention Day on Sunday (July 25) which has been organised by the United Nations to highlight the issue.

A Coastguard spokeswoman said: ‘Coastguards across the UK have issued a stark warning to take care at the coast or risk tragic consequences.’

American private equity firm Clayton Dubilier & Rice (CD&R) has been set a deadline to table a bid for Morrisons or walk away from the takeover battle for the supermarket.

The UK takeover panel said the firm, which had an original £5.5bn approach rebuffed, has until 5pm on August 9 to make a firm offer.

Since turning down CD&R’s proposals, Morrisons’ management have agreed a £6.3bn takeover by a consortium involving private equity rivals Fortress and Apollo.

Bank dividends in the spotlight after pandemic rules relaxed

Britain’s top lenders will be watched closely for any big investor payouts alongside half-year figures next week after pandemic curbs on dividends were scrapped.

Results from the likes of Lloyds Banking Group, Barclays and NatWest will be in sharp focus, coming hot on the heels of the Bank of England’s move to ditch the remaining ‘guardrails’ on shareholder payouts in the sector.

It halted dividends in the sector in March last year when the pandemic struck, but said in December that banks could pay limited dividends.

Shell will be installing up to 800 electric vehicle charging points at Waitrose stores across the country by 2025.

Announced as the pair expand their existing partnership, the move would see up to 100 Waitrose locations benefit from the installation of six 22kW and two 50kW rapid Shell Recharge charging points so that customers can charge up while they shop.

Bernadette Williamson, general manager of Shell UK Retail, said: ‘This is great news for EV drivers across the UK, knowing they can easily, quickly and reliably charge up at Shell charge points while shopping at Waitrose.’

An electric taxi company has announced that it will continue to produce vehicles in the UK as part of its next expansion phase.

Dynamo Motor Company has partnered with Nissan to produce conversions of its electric e-NV200 van, having delivered 170 of the ‘Dynamo Taxis’ since production started last year.

The firm says it plans to hire 275 people, bringing its total team up to 300 members in the UK with the eventual goal of building 10,000 taxis and commercial/privately owned vehicles per year in 2026.

FTSE down but European markets German close in the green

The FTSE 100 ended the day down yesterday in what was an otherwise strong day for the markets in Europe.

Today, it will remain very warm for many western areas of the UK with lengthy spells of sunshine. The Eastern coasts of Britain will see low cloud to start, and it will be a breezy, cool day, says the BBC.

This evening will remain calm for many. However, heavy rain will push in from the south-west and will gradually spread over southern England and Wales overnight. Low cloud across the eastern coasts.

Tomorrow will see heavy, thundery showers spread across much of southern England and Wales. Northern areas will have plenty of sunny spells but low cloud may develop again along the eastern coasts.