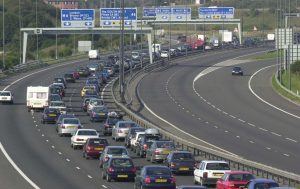 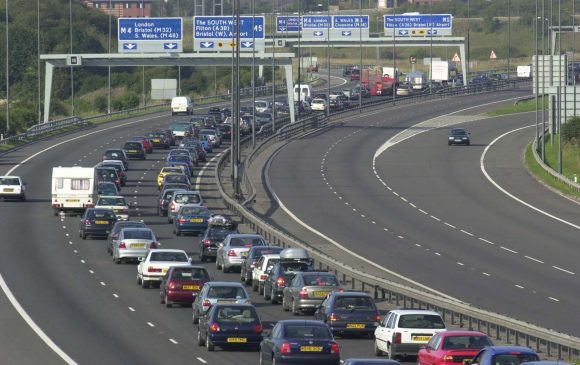 Boris Johnson is facing demands to set out what he knew about allegations of inappropriate behaviour centring on Chris Pincher before appointing him to the Tory whips’ office.

The prime minister is alleged to have referred to the MP as ‘Pincher by name, pincher by nature’ before making him deputy chief whip in February.

The MP for Tamworth in Staffordshire resigned from the role after being accused of drunkenly groping two men in a private members’ club in London.

Police have warned of ‘serious disruption throughout the day’ as protesters target motorways in a demonstration over high fuel prices.

Roads in various parts of the country could be subject to traffic jams on Monday as protesters take action and call for a cut in fuel duty.

Protests will target mainly three-lane motorways and see slow-downs on two lanes, leaving the fast lane free, according to FairFuelUK founder Howard Cox. While he said his organisation is not involved in the action, he is ‘fully supportive’ of the demonstrations so long as they are conducted legally. The protests are understood to be organised via social media under the banner Fuel Price Stand Against Tax.

Danish police say three people were killed and three others are in critical condition after a shooting at a shopping centre in Copenhagen.

A 22-year-old Danish man was arrested after the shooting, Copenhagen police inspector Soren Thomassen told reporters, adding there was no indication that anyone else was involved in the attack, though police were still investigating.

Thomassen said it was too early to speculate on the motive for the shooting, which happened in the late afternoon at Field’s, one of the biggest shopping centres in Scandinavia and located on the outskirts of the Danish capital.

Labour leader Sir Keir Starmer will vow not to take the UK back into the single market or restore freedom of movement as he sets out his plan to ‘make Brexit work’.

He will use a speech on Monday to say a government under his leadership would not join a customs union with the EU, in maintaining the hard Brexit deal brokered by Boris Johnson.

Instead the opposition leader will pledge to make the existing ‘poor deal’ work by first fixing the Northern Ireland Protocol, which the prime minister is threatening to override.

More than 100,000 EVs charging on UK’s motorways each month

More than 100,000 electric vehicles are being charged on the UK’s motorway network each month.

The number of charging sessions has tripled since June 2021 with the amount of energy delivered to vehicles quadrupled just one year after Gridserve acquired the motorway charging network from Ecotricity. The average charge time on the network has also decreased as Gridserve looks to provide more reliable and efficient charging.

Over the past year, Gridserve has conducted a multimillion-pound upgrade programme, aimed at improving the ease-of-use and availability of chargers. This has included upgrading over 160 charging locations with new units and installing an extra seven high power ‘super hubs’ across the network, with each incorporating six to 12 350kW rapid chargers. It has also opened a new flagship Electric Forecourt in Norwich.

Barristers to continue strike action with gatherings at courts

Barristers are to continue their strike into a second week, with gatherings of lawyers expected at courts around the country.

Action began across England and Wales last week in a dispute over pay and conditions, and a three-day walkout of criminal defence barristers from all courts will go ahead on Monday.

The CBA said the action is aimed at redressing the shortfall in the supply of criminal barristers to help deal with the crisis in the country’s courts. Criminal barristers will receive a 15 per cent fee rise from the end of September, meaning they will earn £7,000 more per year, the Ministry of Justice (MoJ) said on Thursday, in a bid to stop the action.

Pubs in England and Wales drop below 40,000 for first time on record

There are fewer pubs in England and Wales than ever before, according to analysis that sheds light on the ruinous impact of the pandemic and soaring business costs.

Pubs that have disappeared from communities have been demolished or converted into other buildings like homes and offices, the research from real estate advisers Altus Group says.

A Scottish government initiative has seen 4G mobile phone coverage expanded in dozens of rural locations across the country.

The £28.75m Scottish 4G Infill (S4GI) programme, which is being delivered in partnership with WHP Telecoms Ltd and the Scottish Futures Trust, aims to improve digital connectivity in a bid to help more people get online.

Residents and businesses in Bogton, Aberdeenshire, are the latest of 55 mobile ‘notspots’ lined up to benefit from the new 4G coverage. Service is being provided by mobile network operator EE in all but one of the sites.

Patchy cloud and sunny spells for most of the UK today, reports BBC Weather. Other areas will see spots of rain and scattered showers.

Dry and clear for most of the country tonight. Cloudier in the north-west with the odd shower.