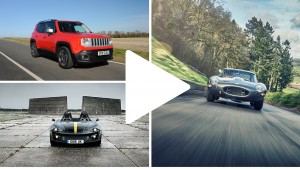 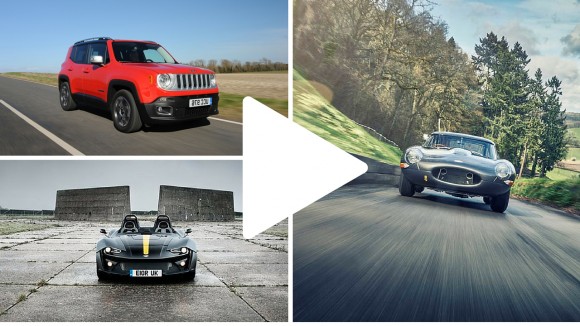 THIS WEEK on Car Dealer we’ve seen sportscar manufacturer Zenos crowdfunding for its next project, the NFDA has raised concerns about the National Living Wage and Stratstone has announced it owns one of the ‘Missing Six’ Jaguar E-Types.

Click play below to see our video roundup of the week.

Specialist sportscar maker raises funds for expansion
A sportscar manufacturer has raised more than £100,000 towards a campaign to help fuel expansion. Zenos Cars, which specialises in the development of lightweight and affordable sports cars, launched the campaign only last week and has already achieved 14 per cent of its £750,000 target.

Rise in National Living Wage causes concern among employers
The increase in the National Living Wage has raised concerns among employers and could cause businesses to make extreme cuts to employment benefits, according to the National Franchised Dealers Association (NFDA). Several employers have already raised concerns and are now looking for other ways to cut wage bills, including reducing overtime and bonuses, and cutting employee benefits.

Stratstone becomes proud owner of Jaguar Lightweight E-Type
Stratstone, one of the UK’s leading luxury automotive retailers, has revealed that it is the owner of one of the famous 2015 Jaguar Lightweight E-types. Chassis number 15 is one of the infamous ‘Missing Six’ and didn’t have to travel far from the iconic Jaguar Browns Lane production facility in Coventry as it made its way to its new base at Stratstone Jaguar London in Mayfair.

Profit figures show UK dealers had their best ever month in March
The average UK motor dealer posted a profit of £98,900 for March, according to automotive solutions provider ASE. This represents a 6.5 per cent increase on the year before and is the largest ever average monthly profit for UK dealers.

Jeep records largest market share since 1997
Jeep has recorded another record month of new car sales, according to the SMMT. April’s sales figures highlight Jeep’s current market share of 0.69 per cent – the best in any single month for the brand since 1997.

Stable growth for UK new car market in April, reports SMMT
New car registrations in the UK made a modest gain of two per cent in April, according to figures published today by the Society of Motor Manufacturers and Traders (SMMT). A total of 189,505 cars were registered in the month – the most in April since 2003, when 194,312 new vehicles found homes.

VT Holdings continues its expansion plans with purchase of Wessex Garages
VT Holdings, the Japanese-based listed automotive group, has purchased Wessex Garages for an undisclosed sum. The news follows VT’s acquisition of CCR Motor Company in 2012 and Griffin Mill Garages in 2014 taking the firm’s representation in the UK to 18 sites and an estimated turnover of £300m.

Used car successes a highlight as revenue and profits climb at Cambria
Revenue and profits at Cambria are running ahead of last year, according to figures just released by the group. The company has published its unaudited interim results for the six months ended February 29, 2016, which show that revenue increased by 14.7 per cent to £278.4m; underlying profit before tax was up 40.1 per cent at £4.6m and that underlying earnings per share increased 42.5 per cent to 3.69p.

Key speakers for WITMI 2016 announced
With just two weeks to go, Car Dealer is delighted to announce the official line-up of key speakers for our acclaimed Women in the Motor Industry session (WITMI), which will take place at CDX16 – the largest automotive expo of its kind in the UK – on May 24 at Silverstone.