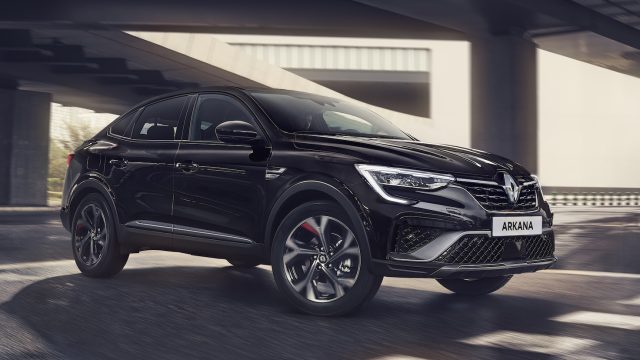 France to introduce tougher quarantine for arrivals from UK

France is to impose a mandatory quarantine on visitors from the UK to prevent the spread of the Indian variant of coronavirus, the government has said.

Spokesman Gabriel Attal said the new measure will be similar to limits imposed in Germany on people traveling from the UK.

He did not say when the quarantine will be introduced. He said more information will be released shortly.

The admission comes after the government said on Tuesday it would be updating guidance to make it clear that lockdown measures are not being imposed for eight areas considered to be hotspots for the Indian variant of Covid-19 in England.

The advice, which the government said is not new regulations, aims to highlight ‘additional precautions’ residents can take, such as meeting others outdoors rather than indoors. It said it is not a lockdown ‘by stealth’.

Hancock to respond to Cummings’ claim he should have been fired

The Health Secretary will face MPs today over allegations made by former senior No 10 aide Dominic Cummings that he lied to colleagues and performed ‘disastrously’ during the Covid pandemic.

Matt Hancock told the PA news agency he had not seen Cummings’ seven-hour evidence to MPs as he was ‘saving lives’ by dealing with the vaccination rollout.

He will answer a Commons urgent question and is due to lead a government press conference, the day after a scathing attack by Cummings who argued the Cabinet minister should have been sacked on 15 to 20 occasions.

President Biden to meet the Queen during UK trip next month

Plans are in place for US President Joe Biden to meet with the Queen when he visits the UK for the G7 summit next month, according to reports.

With Mr Biden set to attend the G7 gathering in Cornwall, broadcaster CNN said a US official briefed that the White House was preparing for the President to meet the Queen during his first international trip since taking office.

A groundbreaking union recognition deal has been announced by ride-hailing giant Uber, with predictions that it is the first step to a ‘fairer working life’ for millions of people.

Under the collective bargaining agreement, the GMB will represent drivers across the UK, saying they will have the right to choose if, when and where they drive.

The agreement follows changes made earlier this year guaranteeing drivers at least the national living wage, holiday pay and a pension plan.

The number of cars built in the UK increased last month, but production is still down on pre-pandemic levels, new figures show.

The Society of Motor Manufacturers and Traders said 68,306 cars were built in April, compared with just 197 a year ago when Covid restrictions effectively halted manufacturing.

Coronavirus is going to do ‘weird’ things going forward, and ‘super mutant viruses’ may emerge, an expert has warned.

Professor Ravi Gupta, professor of clinical microbiology at the University of Cambridge, said that while this would not necessarily be a bad thing, the virus would try to become more efficient at transmission as more people are protected.

He added that coronavirus is unpredictable and we should not be overconfident at any stage.

Package holiday firms Teletext Holidays and Alpharooms have formally agreed to hand back £7m to customers who saw their holidays cancelled due to the Covid-19 pandemic.

Their parent company signed an undertaking that binds it to process all refunds by the end of August, with customers waiting the longest expected to receive their cash first.

Bosses also vowed to ensure all future refunds for cancelled holidays due to the pandemic are made within 14 days.

Wednesday headlines you may have missed

Amazon is buying MGM, the movie and TV studio behind James Bond, Legally Blonde and Shark Tank, in an effort to fill out its video streaming service.

The online shopping giant is paying 8.45 billion dollars (£5.97bn) for MGM, making it the company’s second-largest acquisition after it bought grocer Whole Foods for nearly 14 billion dollars in 2017.

The deal is the latest in the media industry aimed at boosting streaming services to compete against Netflix and Disney+.

M&S to close more stores after plunging to £201m loss

Marks & Spencer is set to close more stores after plunging to a hefty loss for the past year after being hit hard by high street lockdowns.

The retailer said it is targeting 30 more closures in the ‘next phase’ of its long-term transformation plan.

It has already closed or relocated 59 stores but said it is accelerating changes to its portfolio of shops following the impact of the pandemic. The 30 planned closures will be part of a shake-up of around 110 stores, with the majority of these sites set for relocation.

Traders seemed more interested in watching the action in Westminster as Dominic Cummings dished the dirt on the government’s handling of the Covid-19 pandemic rather than making big moves on the markets.

There was similarly muted sentiment across in Europe, with the German Dax ending down 0.09 per cent and the French Cac up 0.02 per cent.

Renault has revealed that its first hybrid SUV – the Arkana – will cost from £25,300.

It’s based on the same CMF-B modular platform that underpins the latest Renault Clio and Captur but brings more SUV-focused styling.

It’s powered by a 1.6-litre petrol engine linked up to a 1.2kWh battery and a pair of electric motors, which combine to produce 143bhp. A second engine – a 1.3-litre petrol with ‘micro hybrid’ technology – is also available.

Today will be a dry day for many areas with plenty of sunny spells, says the BBC. Cloud will move across western areas later in the afternoon, with rain reaching Northern Ireland in the evening. Feeling warmer.

Tonight, rain will continue moving across Northern Ireland, reaching western Britain in the early hours. Cloudy for most, with only eastern areas seeing clear spells for a time.

Tomorrow will be cloudy with light rain and drizzle across western and southern areas, but further north and east there will be sunny spells developing through the day, and it will remain dry.