Home > News > What is Cazoo? Will it change used car sales forever?

What is Cazoo? Will it change used car sales forever?

Cazoo exploded onto the motor trade scene in 2019 and has been ruffling car dealers’ feathers ever since.

The self-titled ‘online used car disruptor’ has promised to ‘revolutionise the car buying experience’ in a market it says is worth £500bn.

Since it arrived, it’s blown millions on sporting sponsorship deals, carpet bombed consumers with adverts on TV and radio and gone on to raise billions on the stock market.

It’s also been busy hoovering up motor trade businesses across Europe as it looks to expand its footprint across the motor trade.

But what exactly is Cazoo? And will it change car sales forever?

Car Dealer has produced a special video investigation into the online car dealer.

We’ve interviewed former Cazoo staff members, motor trade experts and financial specialists to find out if they really are the new way to sell used cars.

The video is also available as a Car Dealer Investigation Podcast on your favourite podcast platforms.

In its simplest form, Cazoo is a used car dealer that sells its wares on the world wide web.

Started by serial entrepreneur Alex Chesterman – the man behind Zoopla and Love Film – it has raised huge sums from investors.

Car buyers can choose from thousands of used cars on the website, enter their details and choose to have it delivered to their home or a collection centre.

Finance, warranties and paint protection can all be arranged at the same time. 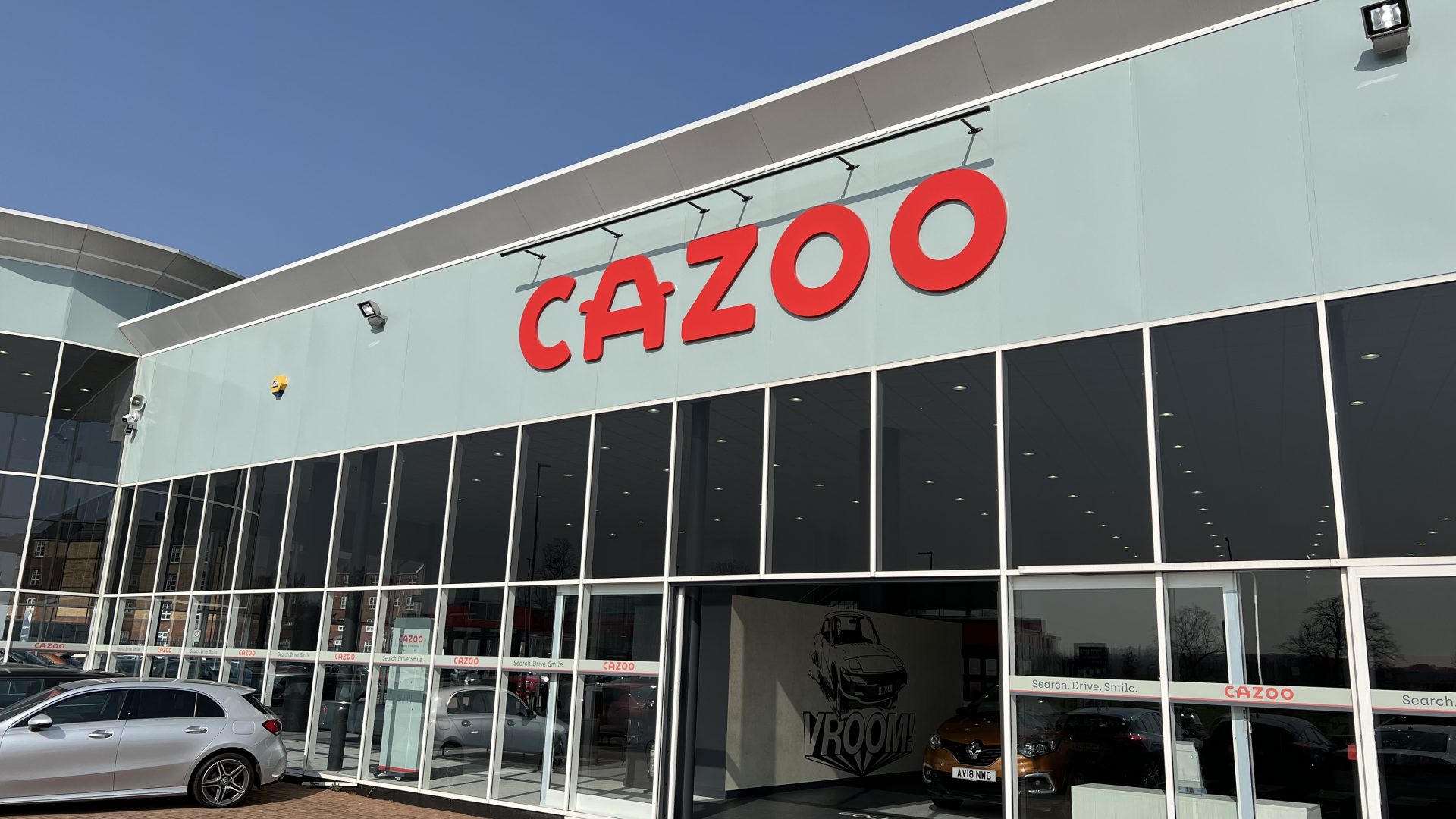 Where did the idea for Cazoo come from?

It was similar used car businesses in the United States that inspired Chesterman to set up Cazoo.

Carvana has generated a huge valuation by offering customers the chance to buy used cars online over there, and Chesterman believed this could be repeated in Europe too.

Where did the money for Cazoo come from?

In its early stages, Cazoo went through a series of huge fundraising rounds.

Led by the mysterious Chesterman, private equity firms ploughed hundreds of millions of pounds into his new venture.

Six months after launch a £365m funding round valued the online dealer at £2bn, despite registering a loss of £19m in its first set of published accounts.

The Daily Mail Group was one to jump on board in the early days pumping in £110m. 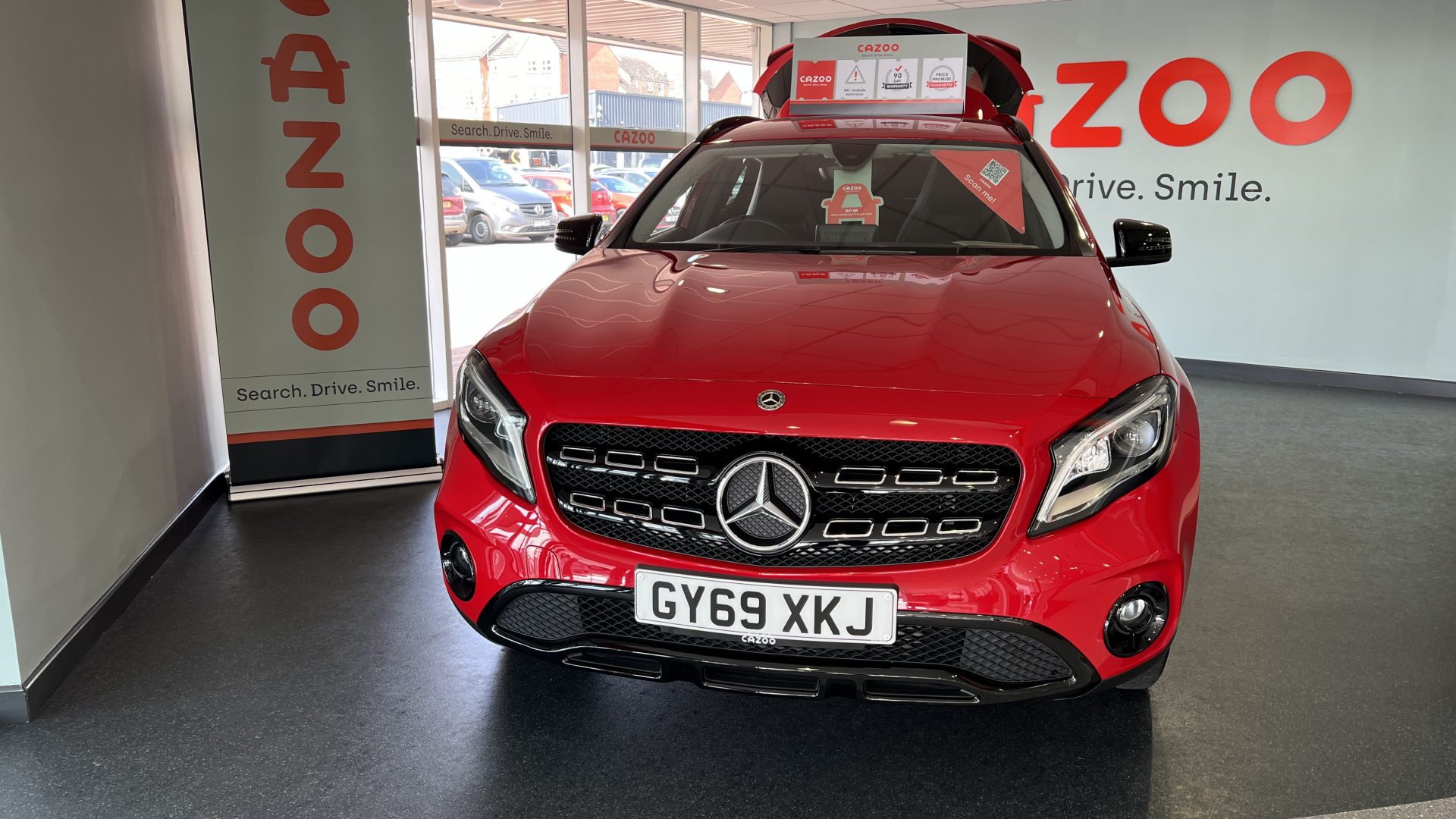 Why is Cazoo worth so much?

In 2021, Cazoo listed on the New York Stock Exchange when it reversed into a Special Purpose Acquisition Company – or SPAC – valuing the company at $7bn.

Mike Allen, a motor industry analyst for investment bank Zeus Capital, said: ‘The Cazoo SPAC is based in the US and essentially it’s a five year, three to five year business plan, with a high valuation that you get up front, based on very public forecasts.

Why have Cazoo shares fallen?

Shares have tumbled since they launched. At one point they were down 70 per cent.

David Kendrick, partner at accountancy firm UHY Hacker Young, said: ‘When you look at the Cazoo plan and what they based their initial rain raise on and valuation some of those numbers look a stretch and look quite challenging coupled with the supply issues that we’re facing around the the global automotive industry.

‘They’re going to have to deliver some results to underpin that initial valuation.’

Mark Lavery, CEO of car dealer group Cambria which represents brands including Aston Martin, Jaguar Land Rover and Lamborghini, said he thinks Cazoo’s launch has made dealers sit up and take notice regardless of their share price.

In our video, he said: ‘I think [Chesterman} has raised an awful lot of other people’s money and he’s trying to sell something that he’s doing very differently to everybody else, and you know fair play to him.

‘I think what he’s done for most of us in dealer world is just make us sharpen and wake up and understand that we’re going up against somebody who’s incredibly well resourced.’ 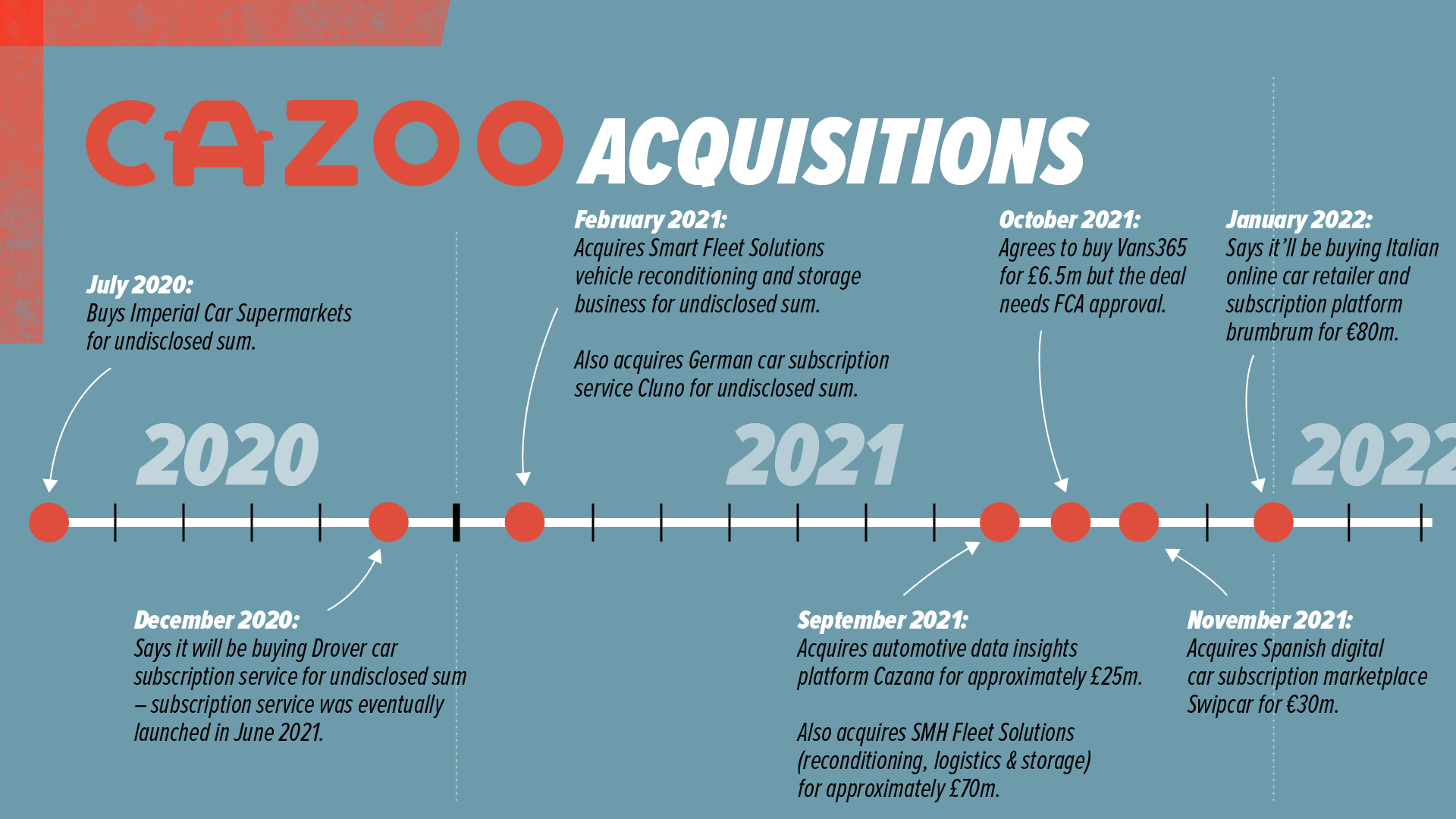 What businesses have Cazoo bought?

Cazoo has been on a shopping spree since it arrived, snapping up a host of motor trade businesses.

It hoovered up subscription firms across Europe – starting with Drover in the UK, then Cluno in Germany, both for undisclosed sums.

In between, it acquired used car data specialists Cazana for £25m, splashed out £70m on fleet preparation firm SMH and gobbled up the lesser-known commercial vehicle site Van365 for £6.5m.

But it was the purchase of car dealer group Imperial Car Supermarkets in July 2020 – just 8 months after launch – that really set industry tongues wagging.

James Batchelor, associate editor of Car Dealer, said: ‘I think Cazoo have been very clever and canny in the acquisitions they’ve made over the past two years.

‘I think the biggest surprise was when they purchased Imperial Car Supermarkets because here is a business that shouts that it’s online and it does things purely in the digital space yet they bought up a car supermarket group.’

Who is Cazoo founder Alex Chesterman?

Alex Chesterman declined the chance to be interviewed for our video, but his ability to build successful online businesses cannot be denied.

It’s his proven track record that has seen cash flood into Cazoo.

With a net worth of £750m, Chesterman was 206th on the Sunday Times Rich List, generating his fortune by disrupting the film and property markets.

He had a 30 per cent stake in Cazoo, but he is rumoured to have cashed in at least £100m of those shares.

In interviews, Chesterman said he was drawn to the used car market because it was ‘too enticing’, he says he has a passion for ‘finding stuff that is broken’ and  ‘fixing it’. 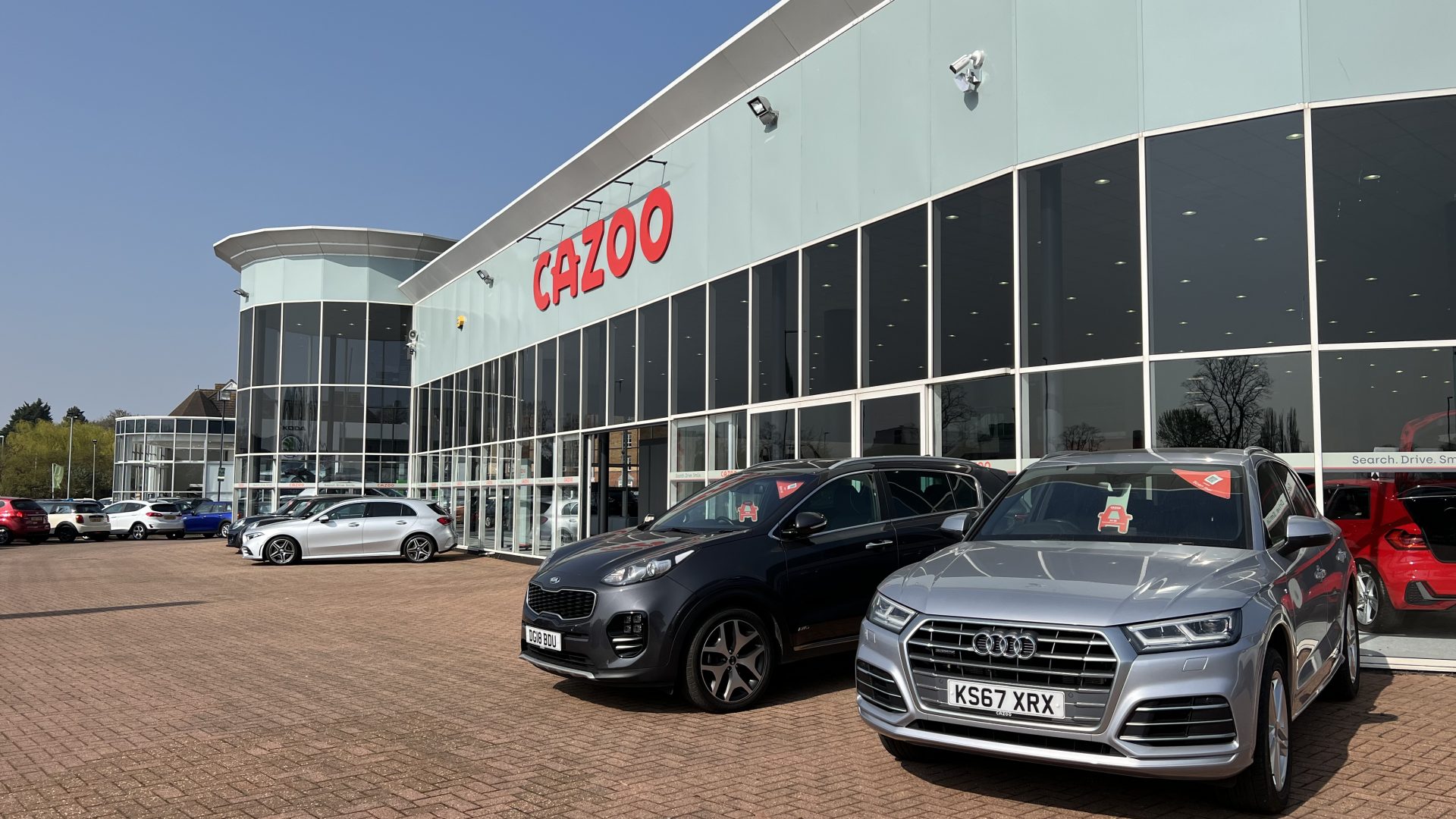 Rebecca Chaplin, contributing editor of Car Dealer, said: ‘Alex Chesterman is an entrepreneur, an investor, who is probably most famously known for starting Zoopla.’

Haymarket’s Holder said Chesterman has a ‘mythical reputation’ and that just by pinning his name to a business ‘you can probably add multiple zeros to its value’.

Carwow founder James Hind told our video that Chesterman’s reputation helps him in the city. The entrepreneur was an angel investor in Carwow in its early stages.

He said: ‘I think he could raise money with whatever he was doing, whatever sector, because of that track record and the rarity of that kind of track record in London.’

What has Alex Chesterman said about car dealers?

Cazoo founder Alex Chesterman has done his best to live up to the disruptor name.

He elbowed his way onto the car dealer scene with a blitz of publicity that wasn’t exactly complimentary about the traditional motor trade.

In interviews with the national press he accused car dealers of a ‘complete lack of online penetration’, he said that ‘women buyers feel particularly disadvantaged’ in car dealerships and

claimed the existing car buying process was ‘flawed on every level’.

It had the desired effect. It made plenty of headlines and stirred up a bitter rivalry with existing car dealers.

‘I think they’re pretty brave comments to make, when you really dig down and ask yourself how much Cazoo has disrupted,’ said Jim Holder, editorial director of Haymarket, in our video.

‘I think what you’re really hearing is someone who wants to make a lot of noise and wants to be seen as a disruptor.’

He said: ‘Alongside Donald Trump I actually honestly believe that he’s the world’s best salesperson because he has been able to convince investors in the United States to value his business originally at $10 billion when it sold a handful of cars and was obviously haemorrhaging cash.’

What sports has Cazoo sponsored?

The firm has splashed out on a huge number of sponsorship deals since launch, as it looks to build its brand.

It has put its name on the shirts of not one, but two premiership football teams with Everton and Aston Villa.

Golf, snooker, cricket, horse racing and rugby have all got Cazoo branding too.

It’s estimated Cazoo has spent more than £150m on sponsorship deals and blown just as much on advertising on TV and radio.

Catherine Faiers, chief operating officer of Auto Trader, said: ‘I think for any new player looking to build a brand and looking to get consumers to purchase what is a very expensive and valuable product or asset online, having a big consumer brand is helpful because the trust and the confidence you need in consumers to go on that buying journey with you matters.’

Haymarket’s Holder said the sponsorship deals had been ‘very effective’.

‘I think the awareness of Cazoo is incredible now, and to achieve that so quickly has to be a testament to the amount of money they have spent,’ he said.

What is Cazoo’s main rival?

Cazoo’s cause has been helped by the fact there are now other online disruptors on the scene banging the same drum.

Cinch – owned by the company behind auction house BCA and We Buy Any Car – is gaining rapid traction, while Carzam has also started to make inroads.

The former is owned by Constellation Automotive Group which has recently had a huge cash injection. It has also recently splashed out £325m on the listed dealer group Marshalls.

The Cinch owner now has the motor trade full house.

An auction house to dispose of cars, a consumer website to buy cars, a dealer group to help it source even more stock – and a disruptive online sales platform.

For many in the motor trade, it’s actually Cinch who are the ones to watch…

Swansway’s Smyth said: ‘For me, the one to be watching, almost be fearful of, is probably Cinch because now they’ve got the supply with WBAC, they can dispose via BCA and they’ve now got a retail motor arm with Marshalls.’

Cambria’s Lavery agrees. He said: ‘I think Cinch is by far and away the most professional.’

Watch the full video on Cazoo below or listen to it as a podcast on your favourite platform by searching ‘Car Dealer Investigations’.