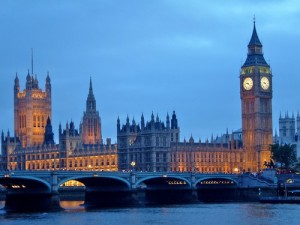 THE ruling body charged with studying vehicle emissions in the wake of the Volkswagen scandal has been accused of conflicting interests following the news that almost three quarters of its funding stems from the firms it’s examining.

The Vehicle Certification Agency receives 69.91 per cent of its income from car companies – who fund it to certify that their cars meet emissions and safety regulations – according to its latest annual report.

Patrick McLoughlin, the Transport Secretary, whose government also funds the VCA, stated that they would be responsible for re-testing a multitude of diesel vehicles and examining their real-world emissions.

As a result, serious questions have been raised regarding the VCA’s apparent conflict of interest. According to The Guardian, lawyers are demanding a truly independent investigation into the car industry, prompting fresh concerns over the government’s handling of the scandal.

Alan Andrews, a lawyer at ClientEarth, told the newspaper: ‘These figures show the agency relies for funding on the very industry it is meant to be investigating. We need a robust, transparent and independent investigation into whether the use of so-called ‘defeat devices’ is widespread in the UK car industry.

‘Transport secretary Patrick McLoughlin must act now to ensure an outside body investigates this scandal. We cannot continue to risk the health of thousands of people a year by allowing watchdogs to have too cosy and too close a relationship with polluters.’

A Department for Transport spokesman added: ‘To help provide value for taxpayers, the VCA cover their operating costs by charging manufacturers for the services they provide. This is the case with many regulators, including the ORR. Whilst the VCA charges the industry for its services, its governance framework is set by government.’