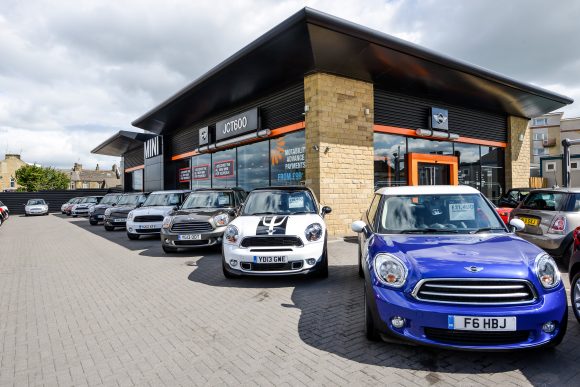 Dealer group JCT600 has announced an improved profit for 2020 with the firm making £19.6m before tax.

The highly impressive figure represents a rise of more than 20 per cent for the Yorkshire firm, which recorded a pre-tax profit of £15.6m in the pre-pandemic 2019.

The company, which runs 54 dealerships across the country, achieved the improved numbers despite a fall in turnover, accounts published via Companies House show.

In 2019, JCT600’s revenue came to £1.28bn but that decreased to £1.12bn last year, largely as a result of several national lockdowns which forced dealerships to close.

In order to help negotiate the difficulties caused by Covid, the firm claimed £9.9m in furlough cash via the government’s job retention scheme.

However, bosses did decide to top up the 80 per cent salary payments, ensuring staff remained on full wages throughout the months worst hit by the pandemic.

Throughout the year, JCT600 acquired MG and Citroen franchises that were added into existing showrooms in Bradford.

Its Lotus and Maserati franchises also relocated to existing sites within the city.

The firm closed VW dealerships in Rotherham and Newark with the premises then sold off.

Bosses at the company say the year was significantly affected by Covid-19 but are thrilled with the improved profits.

In a statement included in the accounts, director Nigel Shaw said: ‘The Covid 19 pandemic significantly effect of the group’s trading in that the majority of the business was closed on March 27, 2020 under instruction from the government.

‘The business was allowed to re-open on June 1, 2020. under strict social distancing guidelines.

‘Significant losses were sustained in April and May during the closed period, the group utilised the government’s Coronavirus job retention scheme, business rates relief, restart grants and the VAT payment deferral scheme to support the business through what was a very difficult period.

‘Whilst the CJRS reimbursed the group 80 per cent of salaries for furloughed colleagues, the group continued to pay at 100 per cent.’

He added: ‘Trading during the remainder of 2020 after reopening continued to be a challenge, with Covid-19 restrictions, such as local lockdowns continuing to impact heavily on normal business operations.

‘However, the strategic plan implemented at the end of lockdown one allowed the business to respond to market conditions quickly and effectively.

‘This resulted in an excellent result being delivered for the year which significantly exceeded the market.’